I'm back after a long hiatus! Sorry! Book 5 (see cover on right) due for release very soon! Quitting day job this year and writing full-time so expect oodles of books over the next few years.

Interested? Then feel free to sign up to my newsletter and get a free, exclusive ebook as well as other special offers and notifications.

Before Kicking the Bucket

I was shocked to wake up the other day. Not because I woke up, but because it was my 50th birthday. 50th! How did that happen? It feels (and sounds) so old. My father died in his 50s from his second heart attack. It makes me a little nervous, and also focuses my attention on where my life is going, what I've achieved so far and if I could do something to make me more content.

I don't want to think about the dying bit yet, as I haven't finished with living! In fact, a long time ago I decided that there were some things I definitely wanted to achieve before that day came. I narrowed it down to five and I don't intend on dying until I have ticked them all off!

How about you? Are you drifting through life with no overall objectives or are you, like me, working on those all-important goals? Before you kick the bucket...

Posted by Diem Burden | Author No comments: Links to this post

Email ThisBlogThis!Share to TwitterShare to FacebookShare to Pinterest
Labels: my real life

A newsletter is a great way to get readers to your books, especially new releases. There are many newsletter providers available, and it is easy to find a free one. 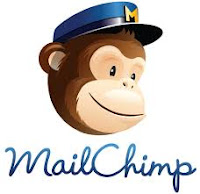 I use MailChimp as I find it very easy to set up and run, and since adding a link to the back of my books I have seen it gradually grow. I currently have 31 genuine newsletter sign ups. It doesn't sound much, I know, but it is a start and it is heading upwards!

To encourage more people to sign up, I've decided to offer a free, exclusive ebook to people on my list. Once this is written, I will send it to those good people and set it up to auto-send to new sign ups as a thank you.

I hope to see the rate of sign up increase with this exclusive offer! I'll keep you posted...

(and just in case you are interested, here's mine ->>> Newsletter)
Posted by Diem Burden | Author No comments: Links to this post

It wasn’t the distance to home that silenced us. Two miles was in fact nothing for our young legs, we’d walked a lot further in search of action and adventure. We weren’t even tired, despite having continuously played our imaginative games in the park for the last four hours. And what games they’d been.
We knew the park like the back of our hands. First we’d run down the weird undulations of the fields to the swings and the absurdly high slide. Nobody told us the significance of the undulations. It was only years later that I discovered that they were in fact evidence of medieval farming actions.
But to us, they were something to run along and up and down as we flew our human aeroplanes all the way down to the play area near the bottom.
Having tired of the slide, we’d head further down the field to the river at the bottom. Getting wet feet back then was not only acceptable but expected. How else were we to capture Sticklebacks and Bullheads?
Once bored with the river we would walk parallel to the train track to the new pond area. What a great place to skim stones across the surface, scoring points for landing them on the small island.
Having exhausted the stones, we would then become a little more daring. Next to the lake was a small tunnel entrance. More of a culvert really. Incredibly, this tiny entrance was not closed off and proved just large enough for a small boy to crawl into. We all knew where it went to. After about twenty metres of crawling, any daring kid would be hidden in total darkness. After about another eighty metres you’d be directly below the train track. It was here that you prayed. Please, no trains!
If a train did come, not only would you hear it passing a few metres above your head but you’d also feel the vibrations through the ground and the disjointed brick work. Dust would fall invisibly onto your white face. Normally, the final thirty metres would be done in double-quick time as the tiny kids emerged blinking into the sun, hidden amongst an old barn at the edge of a field. It was just a quick hop over the farmer’s gate and short sprint across the train track back to the safety and familiarity of the park.
Having done all of this, the small band of nine-year-olds picked up a small track on the other side of the river, immediately adjacent to the train line. We’d never walked this path before and set off in search of something new.
About halfway along we discovered a gap in the railings guarding the track. It was the small hut that did it for us. A small brick hut just on the other side of the railings.
We were drawn through the gap and stepped into the hut. We’d found a new den, an apparently well-hidden or at least private den where we could fool around and play games and not worry about trespassers. And so it was that we spent the next hour playing in and around this new den, climbing through the hole where the window should have been and not caring about anything but the game.
We should have been more alert to the dangers really. After about five trains had passed just outside the window of the hut, close and fast enough to cause a massive whoosh of air, the sixth train crawled past the hut, slow enough for the driver to lean out of his window and shout something at us. I have no recollection of what he actually hollered but I do recall it wasn’t very nice. How did he know we were there? Why had he slowed down to a crawl on this rather fast part of the rail network?
We had no idea that other drivers had seen us kids scurrying into the hut as their trains had approached, or that they had radios and were in communicated with some distant control room, telling them of a group of kids playing dangerously on the track.
It was enough, however, to frighten us off. We left the train-side of the fence, headed through the gap in the railings and back onto the track. We turned to walk along it only to see a dark figure a hundred yards up the track. The filth!
Being the decent and sensible kids that we were, we turned and ran in the opposite direction. We didn’t know that the police had anticipated such behaviour and had split up, both approaching along the track from opposite directions. We had a choice: jump into the river and wade across or go back onto the train track. Being the brave sorts we were, we waited for the officer to reach us and watched him write our names into his pocket notebook. What added insult to injury was the fact that he recognised my surname and said he knew our dad. Everybody knew our dad: sometimes it was a bonus, other times a curse.
Dad. Oh bugger.
“Don’t go near that railway line!” he’d called to us, as we left home to head to the park.
“We won’t,” we’d promised. “We’re not stupid!”
And now the policeman who knew our dad - was it as a friend or for bad things? - was on his way to our house to tell him that we’d been caught playing on the train track which we’d promised him we’d not go near.
We trudged on in terrified silence. It’d be all over the street by the time we got back - every parent would know what we’d been up to and would be waiting for us on their respective doorsteps.
I don’t recall our punishment but I’m sure it was severe yet well-deserved.
How our dad ever trusted us again I’ll never know.
Posted by Diem Burden | Author No comments: Links to this post